Don't Ruin Your Own Custody Case

Sometimes parents become their own worst enemies when they're in the middle of an ugly custody battle. If you and your ex are fighting for custody of your child, you need to understand two things very well: how the judge decides who gets custody and how not to destroy your own case.

Who gets custody and why?

Ultimately, judges award custody based on what they believe to be in a child's "best interests."

What does that mean? Almost anything can factor into the decision and judges have a lot of leeway when deciding what does and does not matter. You can expect everything from the age of your child to what you do for a living (and how much it keeps you away from home) to be part of the equation.

Courts may use checklists, ask for investigations by experts, and even assign children their own representatives before the court. You may end up feeling like your entire life and every decision you've ever made or are currently making is being pulled apart and criticized.

How can you ruin your own case?

Parents aren't perfect and judges know that. They also realize that this is a stressful time for you. However, certain mistakes may indicate to the judge that you're more focused on your own needs than that of your child. That is the absolute worst impression you can give the judge during a custody battle.

There are 3 things that you never want to do in the middle of a custody battle:

1.) Move away with your new boyfriend or girlfriend.

You may be ready to move on, especially if your relationship with your ex has been bad for a while. However, your child may not be ready to be uprooted and thrown into a new town and new school, away from his or her family and friends. He or she also might not be ready to deal with a new person in your life, especially not if you're living together. A judge could see your move as a clear indication that you're thinking about your own future, not your child's.

2.) Bad-mouth your ex to the children (or in general).

This is going to make you look bad, not your ex. You may be justifiably angry and bitter, but whatever occurred between the two of you in your private relationship shouldn't be aired in front of your child. If your ex had an affair, don't tell your child about it. If you think that your ex is a terrible parent because he or she is spending every weekend out at the bar enjoying being single while Grandma babysits, tell your lawyer but don't tell your child about it. Your child loves you both and doesn't need to be burdened with adult issues. Plus, judges can view any bad-mouthing as an attempt to alienate your child from his or her other parent.

3.) Refuse to let your ex see the child.

Unless visiting with your ex is going to put your child in immediate danger, never interfere with the visitation schedule set by the court. A lot of people are surprised to find out that visitation rights and child support payments aren't tied together in any way and believe that they can withhold visitation if their ex doesn't keep up on the support payments. If you do that, the judge may think that the money matters to you more than your child's emotional need for his or her other parent.

You also need to keep in mind that visitation schedules are court orders. Violating a court order can put you on the judge's bad side very quickly.

Until custody is decided, keep your focus directly on your child's needs, not your own. The judge may be willing to overlook a lot of parenting mistakes and even some problems in your past, as long as you are clearly focused on your child's present. For more information about what you should or shouldn't do, talk to an attorney like the ones at  Stephen J Weisbrod Esq Law. 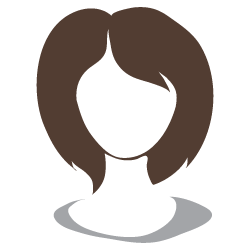